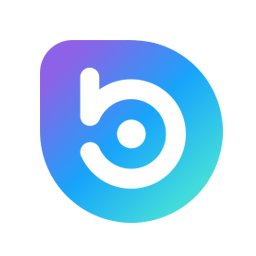 The BORA Chain aims to reduce the burden on content providers as a result of having to privately develop and maintain a new blockchain and cryptocurrency network. It aims to provide a service environment with high transaction performance and expandability, while ensuring the independence of individual content services. Content providers will be able to use the web interface and API to quickly and easily link to BORA Chain, and operate the BORA Chain efficiently using the operation tools. They can also use the BORA Token architecture based economic system to create new value.
Users will be able to enjoy a better service environment in which reliable information is transparently disclosed. The user's digital assets (BORA Points) no longer depend on the content provider, and is owned and valued by the BORA Chain and the ecosystem platform. The incentive mechanism within the BORA Ecosystem will promote activity for all ecosystem participants (user, provider, platform), ontributing to the growth of the ecosystem. Ultimately, the BORA Ecosystem aims to resolve existing issues face by [internet based content services] and provide new opportunities and greater value to all participants.

BORA Island
BORA stands for Blockchain Orchestrated Redeemable Asset. BORA will create its own internal blockchain that is based on the Ethereum network and works as a side chain to the main chain. BORA Chain enables high-throughput. This means fast transaction confirmations and scalability. On the application side of the network, content providers have the ability to launch decentralized content applications on the web-based interface or on a mobile application. BORA has a dual-token system. On one hand, they have BORA token, the ERC20 token called BORA which can be bought and sold on digital asset exchanges after its launch. On the other hand, there are BORA Swell tokens, that are used on the network internally. By playing games, adding content and performing tasks on the network, contributors can be awarded BORA Swell. On BORA Island, users can convert BORA to BORA Swell and they can convert internal BORA Swell to BORA tokens.
BORA recently released its testnet version of the platform called BORA Lagoon. In Q2 of 2019, the mainnet version of BORA Island was released to the public.

BORA Lagoon
BORA launched its testnet called BORA Lagoon. BORA has been created to simplify the steps for content providers to enter the blockchain industry without extensive knowledge of the underlying technology. With BORA Island, content providers can easily integrate their decentralized applications into the network.

The BORA Ecosystem has a dualistic structure, with the token 'BORA Token' following Ethereum's ERC-20 standards, and the internal token 'BORA Point' based on the BORA Chain.

BORA Tokens may be freely traded between users, whereas BORA Point are tokens for circulation within the platform ecosystem. The internal and external tokens are almost identical in terms of their technical structure, as they are both cryptocurrencies based on blockchain technology, but are different in that BORA Point are managed independently within the BORA Blockchain and may only be circulated within the platform ecosystem. BORA Tokens are initially generated by the Ethereum mainnet, but BORA Points are only generated through usage transfer requests on already generated BORA Tokens.