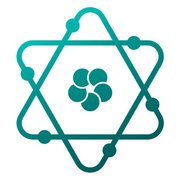 IONChain concept
In 1887, the famous Swedish physicist Arrhenius proposed the theory of ionization. He stated that just like molecules and atoms, ions are also the basic particles of matter. Just like ions in physics, IONChain aims to become the underlying particle in the Internet of Things (IoT) ecosystem. Through their IONChain Protocol, IONChain will serve as the link between IoT devices, supporting decentralized peer-to-peer application interaction between devices.

Every device is a mining machine
In the IONChain ecosystem every IoT device that provides valuable data can act as a mining machine. Once connected to the IONChain network, a device will constantly contribute its calculative power via the Ionization Algorithm and in turn, receive IONC tokens as mining reward. IONChain has created a unique consensus algorithm to determine the value contributed by IoT devices. A device’s contribution is jointly determined by the Data Quality Proof Consensus and Time Lapse Proof Consensus. This consensus mechanism will consider a devices' function, data quality and quantity in calculating its contribution. Out of this analysis, the number of IONC token distributed to them as a reward can be determined.

One device, one code, one coin
At IONChain we will implement the following core concept called "One device, one code, one coin". In this concept "Device" stands for the IoT devices participating in the IONChain ecosystem, "Coin" stands for the cryptocurrency IONC. "Code" is the unique identification code which can also be used as a wallet for these IoT devices inside the IONChain network. IONChain aims to solve a wide range of the current problems of IoT networks in terms of data security, data circulation, data sharing and data transactions, thus enhancing the efficiency ofthe whole IoT ecosystem. With the use of Edge Computing technology, it enables every device on the IoT network to be utilized as a mining machine, making every IoT device that uses IONChain subject to mining rewards. Owing to the use of blockchain technology, the data source will always be reliable and verifiable on the IONChain network. Furthermore, thevalue of the data is quantified and data transfers are fast and secured. This makes it easier for IoT standards to emerge, unlocks a plethora of new IoT application scenarios and boosts the whole industry to enter the next level of development.

IONC is the official token of IONChain using the Ethereum network. It can be utilized by different participants in IONChain ecosystem.

IONC token can also be used in the following situations: