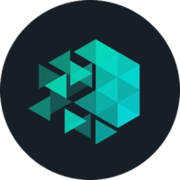 IoTeX is the auto-scalable and privacy-centric blockchain infrastructure for the Internet of Things (IoT). IoTeX’s global team is comprised of Ph.Ds in Cryptography, Distributed Systems, and Machine Learning, top-tier engineers, and experienced ecosystem builders. IoTeX is developing several in-house innovations to push the frontier of blockchain 3.0, including a blockchain-in-blockchain architecture for heterogeneous computing, fast and robust Roll-DPoS consensus scheme, and lightweight privacy-preserving techniques. IoTeX is bringing autonomous device coordination to the masses by “connecting the physical world, block by block.”

The Internet of Things has rapidly evolved over the past few years, but lacks real world “killer applications”. McKinsey & Company predicts that IoT could generate up to $11.1 trillion per year in economic value by 2025. Despite the massive potential of IoT, there are roadblocks ahead, such as lack of scalability, privacy concerns, and lack of functional values. IoTeX is solving these problems by creating a flexible, privacy-centric blockchain infrastructure tailor fit for IOT, leveraging a blockchain-in-blockchain architecture with cryptoeconomic incentives. By combining token incentives with community efforts, we can crowdsource industry and community contributions to address various technical challenges related to IoT architecture, infrastructure, and implementation.

IoTeX's mission is to allow developers to easily create their own robust and useful subchains for their own projects and ecosystems. Subchains are meant to be flexible, meaning they can choose to use their own tokens or the IoTeX token, can be programmed in a variety of programming languages, and can be made permissioned (private) or permissionless (public).