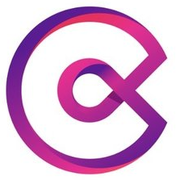 CoinMeet is building a blockchain ecosystem focusing on digital assets, digital identity and digital socializing. CoinMeet is wallet, ID, social tool, transaction medium, and the value router in the era of digital economy. Based on the long-term technical research and market operation experience of CoinMeet team, we hope to integrate payment, transfer, entertainment activities, social network and other actions into application through CoinMeet products, connect and activate all digital asset, guarantee users' communication, asset, transaction, identity, and other parts about security private in one-stop manner. CoinMeet combines blockchain, mobile internet, biometric identification and machine learning and provides revolutionary and distributed digital financial service for people all around the world. They can join in the digital asset network no matter what their background, place and income are. The products and main chain of CoinMeet even can help some developing countries to build a new generation of financial infrastructure in the future. CoinMeet aims to serve the future "encrypted digital economic society", and digital economic society= digital assets +digital identity+ digital socializing. Within the next one year, CoinMeet expects to get more than two million users from this area, and activates one hundred billion dollars digital assets.

The CoinMeet foundation Ltd. (hereinafter referred to as the "foundation"), which is the operational entity in Singapore, is dedicated to the construction and promotion of CoinMeet. CoinMeet launches the essence that team highly recognizes distributed self-organizational construction of blockchain, at the same time, absorbs the key elements of traditional company's governance structure, improves the efficient implementation of CoinMeet development and promotion strategy, and avoids the condition that does not accord with the blockchain design concept. All the operations of the foundation comply with local laws and regulations, and regulatory requirements. After the foundation is established, it is necessary to select the appropriate community members to join the functional committee of foundation and commonly participate in the actual management and decision-making.

CoinMeet (MEET) is a cryptocurrency token launched in 2018 and operates on the Ethereum blockchain.