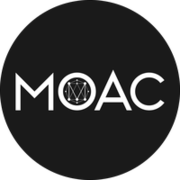 MOAC is a revolutionary platform with a Multi-Blockchain smart contract and P2P service network to efficiently build and scale decentralized applications. By leveraging Multi-Blockchain sharding, the MOAC platform increases system capacity and performance, reduces transaction fees for smart contracts, and incentivizes mobile and desktop users to compete for processing rewards.

The platform is a Multi-Blockchain software and deployment service solution for rapid development of decentralized applications (Dapps) and smart contracts on a scalable P2P service network. By using an advanced layered architecture for asynchronous smart contracts and a variety of configurable consensus systems (including “proof of work” and “proof of stake”), the MOAC platform enhances existing Dapps with additional functionality, and scalability solutions. This advancement increases processing speed by several levels of magnitude (10-100x) and sets a new market standard for transactional efficiency, while optimizing decentralization mechanisms and overall security.

Why was MOAC created?
The MOAC platform was designed to increase and maximize blockchain network performance using node-based computing power and allowing for on-demand, timed, and savable smart contract processing. The platform provides tools and APIs to application developers to quickly build complex Dapps that can leverage both “proof of work” and “proof of stake” and other scalable consensus systems on a decentralized P2P service network. In turn, and as a result of increased volume and speed of processing, the new MotherChain standard incentivizes the user community and drives increased participation - including users with low processing power (i.e., mobile users).

Why is MOAC so much better for DAPPs?

The MotherChain is a Proof of Work blockchain, similar to Ethereum, that handles data storage and compute processing for smart contracts and Dapps. On the MOAC Platform, the MotherChain is the public blockchain network that processes balance transfers, blockchain operation, consensus, and data access. The MOAC Platform also supports other consensus models. On top of the MotherChain is the MOAC Dapp Chain which uses a Proof of Stake consensus model specifically for scalable rapid high volume transactions. The advantage of a Proof of Stake system is that it is fully scalable for enterprise-level volume, it is energy efficient, and supports varied transactions. It also increases verification capacity proportional to nodes on the network, and enables microtransactions within Dapps without having to constantly access the MotherChain.

In addition to Proof of Stake and Proof of Work blockchains, the MOAC Platform can also support additional plug-and-play consensus systems such as Proof of Activity, Proof of Burn, Proof of Elapsed Time, etc.

MOAC is a cryptocurrency that is built on it's own blockchain.

The MOAC coins first issued as ERC20 token on Ethereum in July 2017. After MOAC mainnet was successfully launched in April 2018, all the MOAC coins on the Ethereum were exchanged to MOAC native token with a 1:1 ratio. The ERC20 contract of MOAC was closed in 2018 and there is no ERC20 token of MOAC on Ethereum platform anymore.