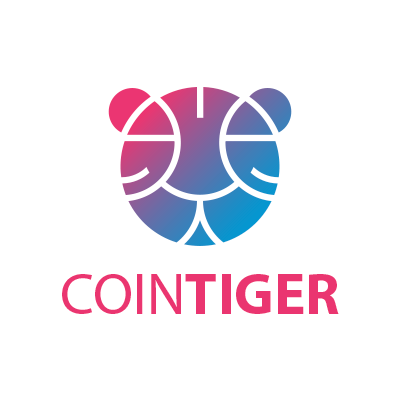 Since the platform was launched, it has continuously iterated with steady upgrade and now has an increasingly mature ecosystem comprising web, iOS and Android clients application and comprehensive exchange services including crypto currency trading , Ticker Capital, Labs, IEO , and voting for listing program. Currently, CoinTiger users have topped 1.1 million and are from more than 40 countries and regions in Asia, North America, Africa and Europe.

CoinTiger is committed to create a top-level blockchain service platform to provide users with the ultimate experience. We are in a period of rapid growth, and we can't survive without the support of you. If you are interested in the blockchain industry and recognize Cointiger's brand philosophy, we expect you could join the CoinTiger Tiger Cavalry and become a member of the CoinTiger family! Come join us as CoinTiger Knight

Tiger Cash (TCH) is a platform token issued by the CoinTiger exchange, which is a decentralized blockchain digital asset based on Ethereum. It was officially launched on November 15, 2017.

1. As part of the objectives of its Equity scheme, CoinTiger will allocate 50% of its annual net profit to TCH holders. Recently, the platform launched its Tiger Cash Equity Scheme, thus making it the first digital asset exchange to introduce equity investment to holders of its indigenous Tiger Cash. With the official launch of this initiative, CoinTiger intends to provide substantial value for its esteemed investors while mitigating potential risks of trading cryptocurrencies.
2. Users whose TCH holding equals to OR greater than 10million are eligible to apply as shareholders in CoinTiger Singapore company.
3. Direct eligibility to participate in CoinTiger’s Voting for Listing activities. Holding TCH grants voting rights to users who wish to vote for the official listing of blockchain project of choice on CoinTiger exchange (the selection process that determines which coin/token will list on the platform).
4. Holders of TCH are usually eligible to benefit from periodic airdrop campaigns especially after an official listing of blockchain projects on the exchange.

But TCH from CoinTiger