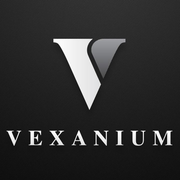 From the perspective of the evolution of the blockchain, in addition to being the preferred base chain of DApps, Vexanium can also serve as a circulation chain for various heterogeneous chain coins or tokens, and as a free port in the blockchain world.

Several Application that already Build on Vexanium Ecosystem VEXGIFT Leading Crypto Reward and Staking App VexGift is First Ecosystem that Build by Vexanium team that have purpose to acquire more user into Vexanum platform. Vexgift is a blockchain based application Airdrop and Reward system to distribute free vouchers and digital assets to the user. In less than 1 year Vexgift itself has around 50,000 crypto investor join in the application and already separated their own entity. Although this application is designed for cryptocurrency investors, non-crypto investors user still can use this application. VexGift has collaborated with many merchants, such as Amazon, KFC, GO-JEK, FlowerAdvisor and many more.

VEXWALLET
VexWallet itself is a decentralized wallet that runs on Vexanium blockchain where every asset and user account is user’s own responsibility and no other parties that have user’s access except the user itself.
VexWallet is available on PC ( Win, MAC ) version and Mobile ( IOS / Android Version)
There are some basic features in VEX Wallet such as store VEX, transfer VEX, and buy or sell RAM, CPU, and NET to do transactions in Vexanium Blockchain. VEX Wallet allows users to manage their VEX and use all of the Vexanium decentralized applications (Dapp ) using one platform.

VEXplorer
We want to use our next generation blockchain to make accessible and applicable blockchain for mass adoption - Vexanium would be a platform to support new blockchain companies to develop their smart contracts and decentralized application (DApps).

Delegated Proof of Stakes (DPoS) is a consensus mechanism that regulates Vexanium blockchain where only the organization board (delegate/delegation) is selected through e-voting can verify the transactions. These block producers have basic functions like a miner on the bitcoin blockchain (POW / Proof of Work) system but block producers have several additional functions and some new functions such as the Board of Representatives as a country that can regulate and direct the rules and give direction for the Vexanium blockchain.

VEX is a token that is running on it's own Vexanium chain.

Vexanium Blockchain is known as the resource model that acts as a Service Model rather than a transactional one.Therefore,
as a decentralized application, it should not force its customers to pay directly for the use of the blockchain. Vexanium does not charge transaction fees unlike most platforms which usually require transaction fees for every transactions made by users.

Income generated from VEXANIUM comes from several major streams in the VEXANIUM Ecosystem:

How to earn VEX?