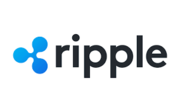 Ripple is an American company that was founded in 2012 under the name Opencoin. The company developed the Ripple Transaction Protocol, and in 2015 the name of the company was changed to Ripple as well.

The Ripple (XRP) protocol as a working prototype was created away back in 2004. But the real history starts in 2013, when Jed McCaleb, the creator of the EDonkey network invited a bunch of world rank investors to invest in Ripple Labs.

The first thing to know is that Ripple is both a platform and a currency. The Ripple platform is an open source protocol which is designed to allow fast and cheap transactions. Unlike Bitcoin that was never intended to be a simple payment machine, Ripple is definitely going to rule all the international transactions worldwide. Pretty ambitious, but who knows? Maybe currency exchanges will disappear in a few years like Blockbuster stores did.
The platform has its own currency (XRP) but also allows everybody to use the platform to create their own via RippleNet.

What is RippleNet?
RippleNet is a network of institutional payment-providers such as banks and money services businesses that use solutions developed by Ripple to provide a frictionless experience to send money globally.

XRP is a token used for representing the transfer of value across the Ripple Network. The main purpose of XRP is to be a mediator for other - both cryptocurrencies and fiat - exchanges. The transaction cost on Ripple is $0.00001.